« Men or women, I give all young people in my team an equal chance. I push them to be ambitious. Because they can be whatever they want. »

Behind her model student looks and face illuminated by a permanent large smile – hair pulled, eyes framed by dark glasses – hides formidable determination. Her ideas are clear, her words precise. When it comes to her career, Cheryl Koh left nothing to chance, she’s always known what it would take to achieve her goal: Becoming one of the best pastry chefs in Singapore and Asia. Cooking has always been her calling and she has done everything she could to pursue a profession that, at the time, was not as fashionable as it is today! 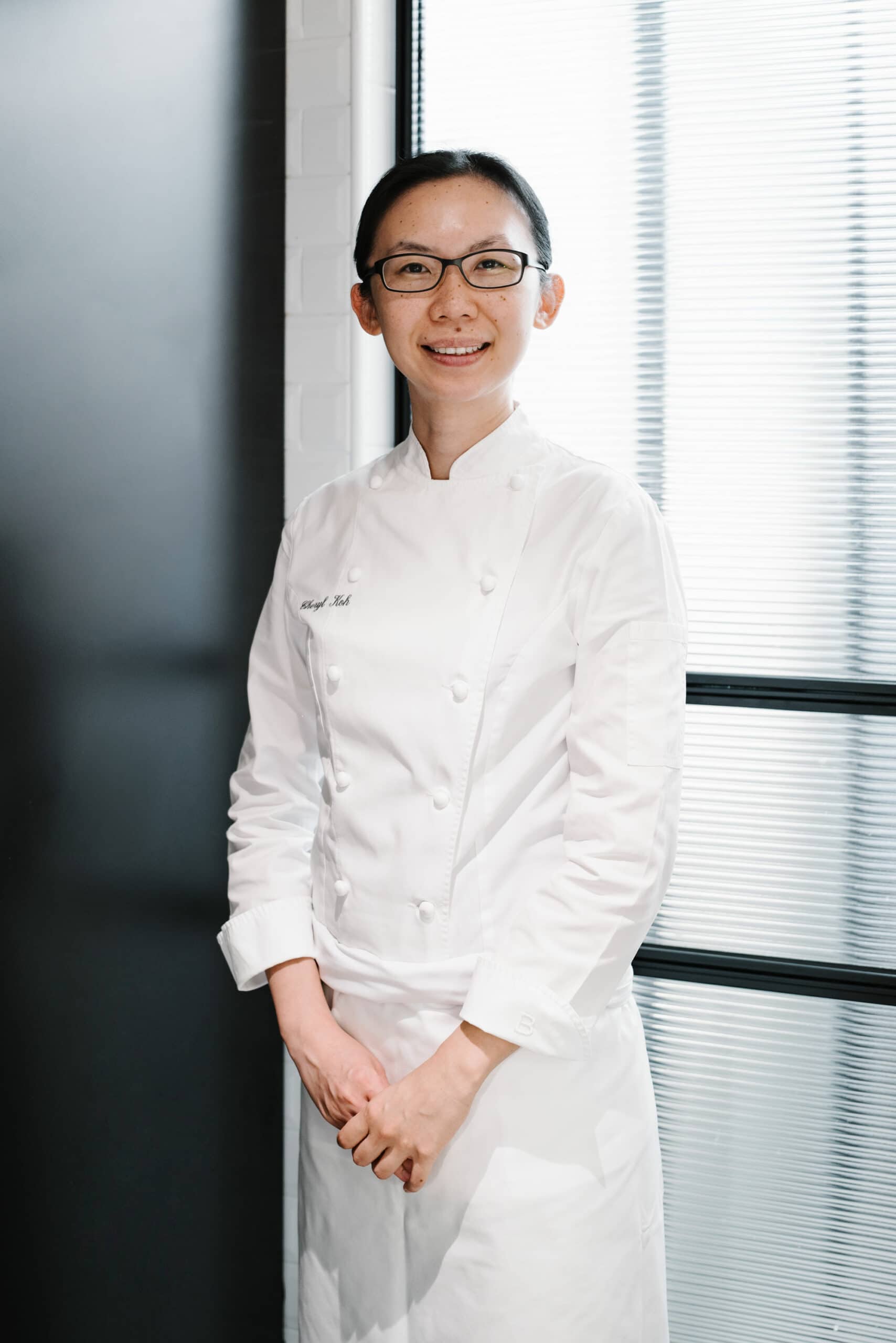 What was your career path before working in a kitchen for the first time?

I knew very early on that I wanted to be a chef, and I was lucky to opt for this trade. But I also knew that I had to get a good education first, that it would grant me freedom of choice. So I went to university to study geography, European and French studies to gain as much knowledge as possible before entering the working world. It seemed strange to go in academia while knowing full well that I wanted to be a chef. People were asking me why I wanted to waste my life! But I knew that if I quit studying too soon, I would struggle to find a suitable path to learn this trade.

« Nowadays it’s different, interest in cooking has grown considerably, it has become an important and serious topic! »

Nowadays it’s different, interest in cooking has grown considerably, it has become an important and serious topic! Young people who want to do this job now have access to quality training. In Singapore, there is a Paul Bocuse Institute, the Culinary Institute of America and even a training course entirely dedicated to pastry baking. The École Hôtelière de Lausanne has also just opened a campus. The hospitality business has become an important sector for the development of our country. 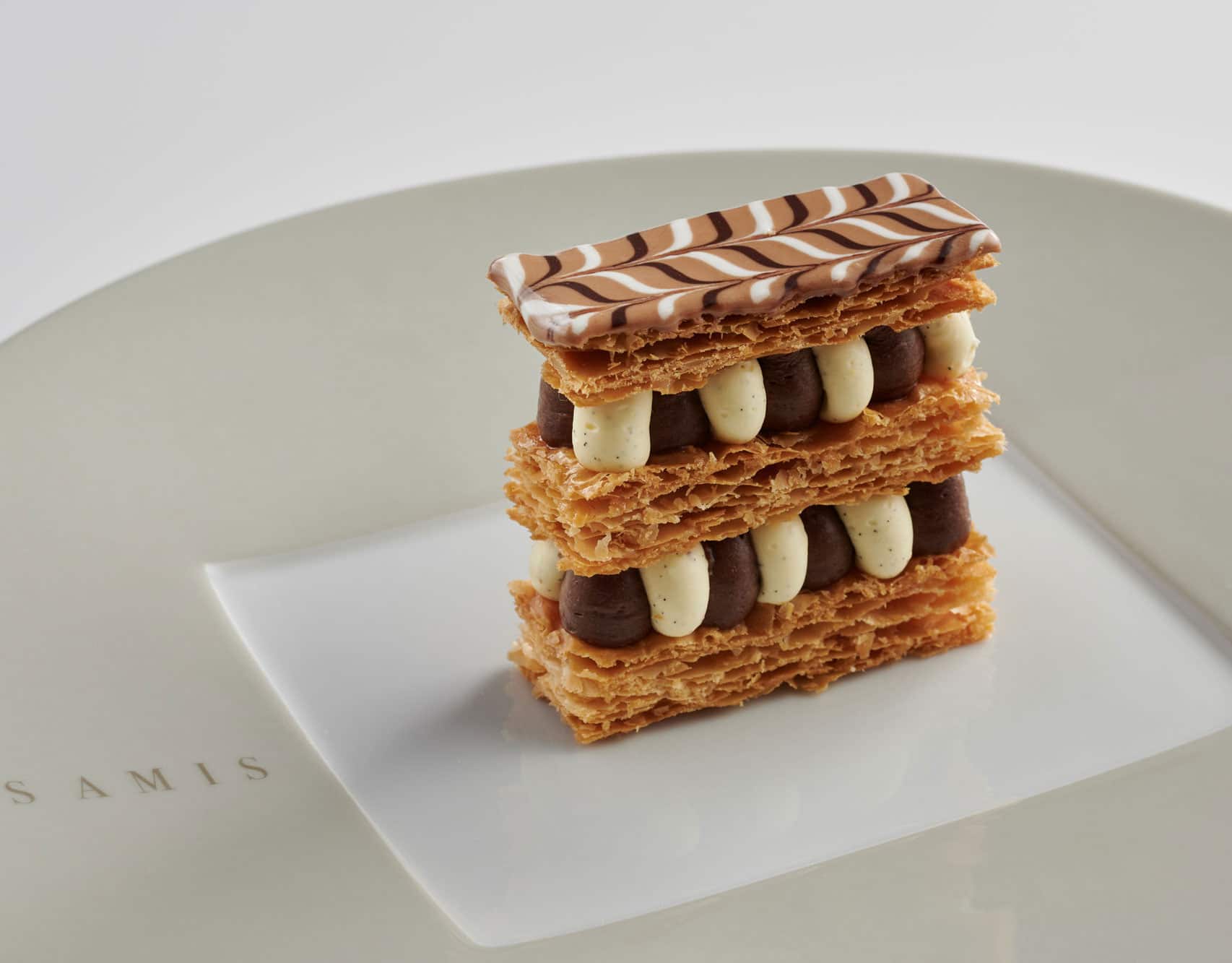 « At Raffles, everything was very different, everyone did a bit of everything and what I witnessed there was not gender inequality, but rather social inequality. »

With her diploma in hand, Cheryl Koh went for a job interview at the prestigious Raffles Hotel in Singapore. She was offered a position in marketing and communication, but the kitchen is where she really wanted to be. The only spot available was in the pastry brigade. Well, pastry it was then, a happy coincidence in a faultless career path. After a year spent in the Raffles kitchen, Cheryl Koh decided to leave for Paris with the aim of working for a starred chef. With as much naivety as determination, she knocked on the door of Jean-Louis Nomicos, then chef of the Lasserre restaurant, whom she had met in Singapore during a culinary event organised by the hotel.

One of the reasons the chef recruited me was because I had a university degree, which helped me get a student visa with a part-time work permit. Without this visa, I would not have been allowed to work in France. I took French classes in the mornings and then spent the rest of the day in the kitchen. When a full-time position became available, he offered it to me.

Lasserre was the first starred restaurant I worked at. I didn’t know the hierarchy, the brigade’s organisation and the specifics of each position. It was probably better that way because I didn’t really have anything to compare it with. At Raffles, everything was very different, everyone did a bit of everything and what I witnessed there was not gender inequality, but rather social inequality. There were a lot of women of all ages in the kitchen, whereas at Lasserre there were only three of us in the whole establishment. But despite the pressure, I never felt that I had to do more as a woman or as a foreigner, or that I was at a disadvantage. Man or woman, everyone had a bad time when the chef was not satisfied or something went wrong. I used to tell myself ‘If I can make it here, in a country that is not mine, in a foreign language, and in a male-dominated environment, then I can make it anywhere’.

Have you made sacrifices to reach your goal?

From the outside, you might think I had to make great sacrifices to get where I am, but I don’t see it that way. Everyone chooses their battle and decides whether they are worth it or not. I had long understood what it meant to work in a restaurant. But this is the life I chose, the life that became mine and made me who I am today. As far as the situation of women in this industry is concerned, if I stick to my experience, I would say it is more equitable here, and in Asia generally. On the one hand because the economic boom has offered many opportunities to everyone, including women, and on the other hand because we don’t have the same history in terms of women’s place in gastronomy. In my team, which includes as many men as women, any trouble that arises will concern both equally. They all have families to take care of, some have children, others don’t, but I consider them all as individuals, not as men or women. What matters to me is their determination, their commitment to their work. I support women but I don’t give them an advantage just because of that. 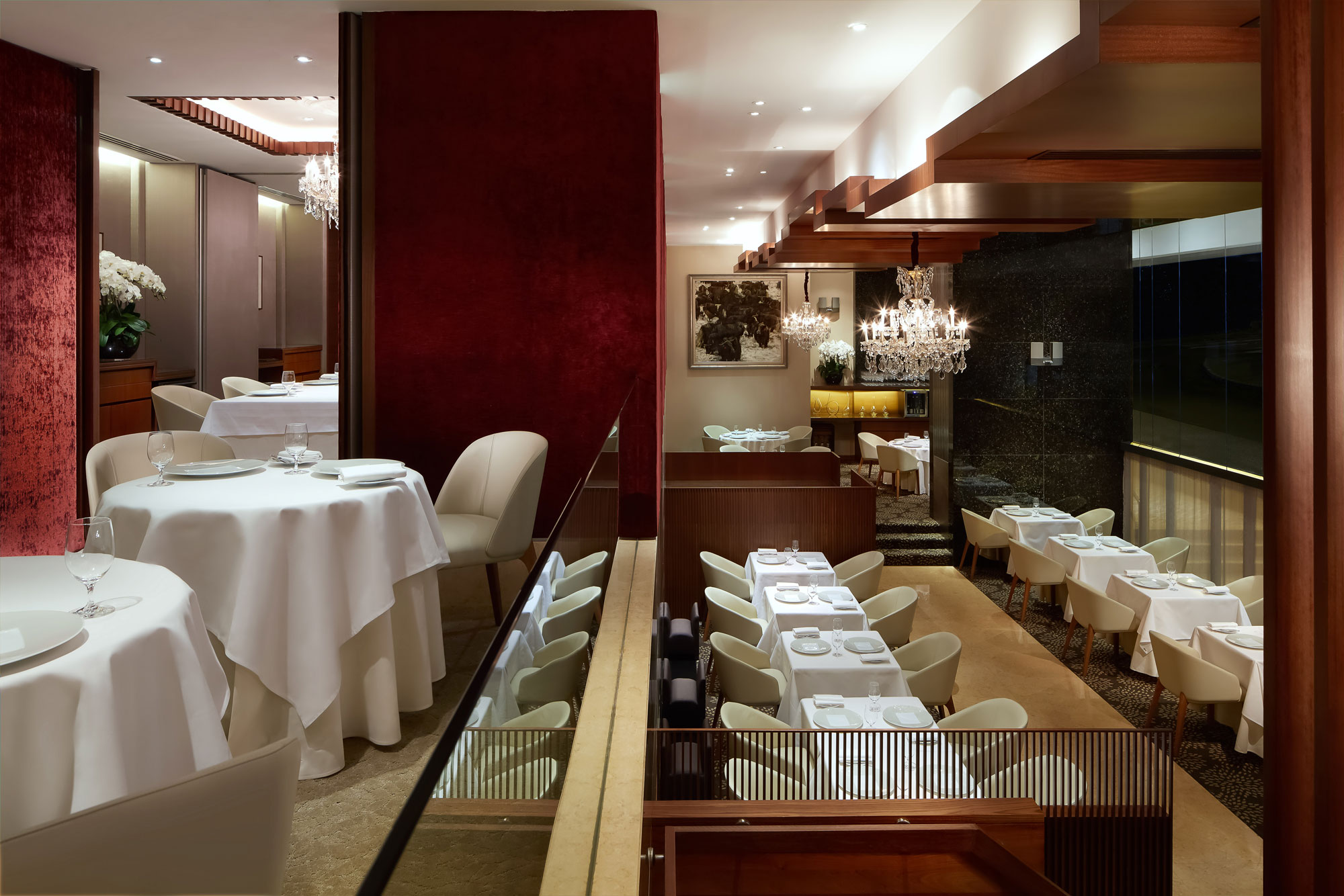 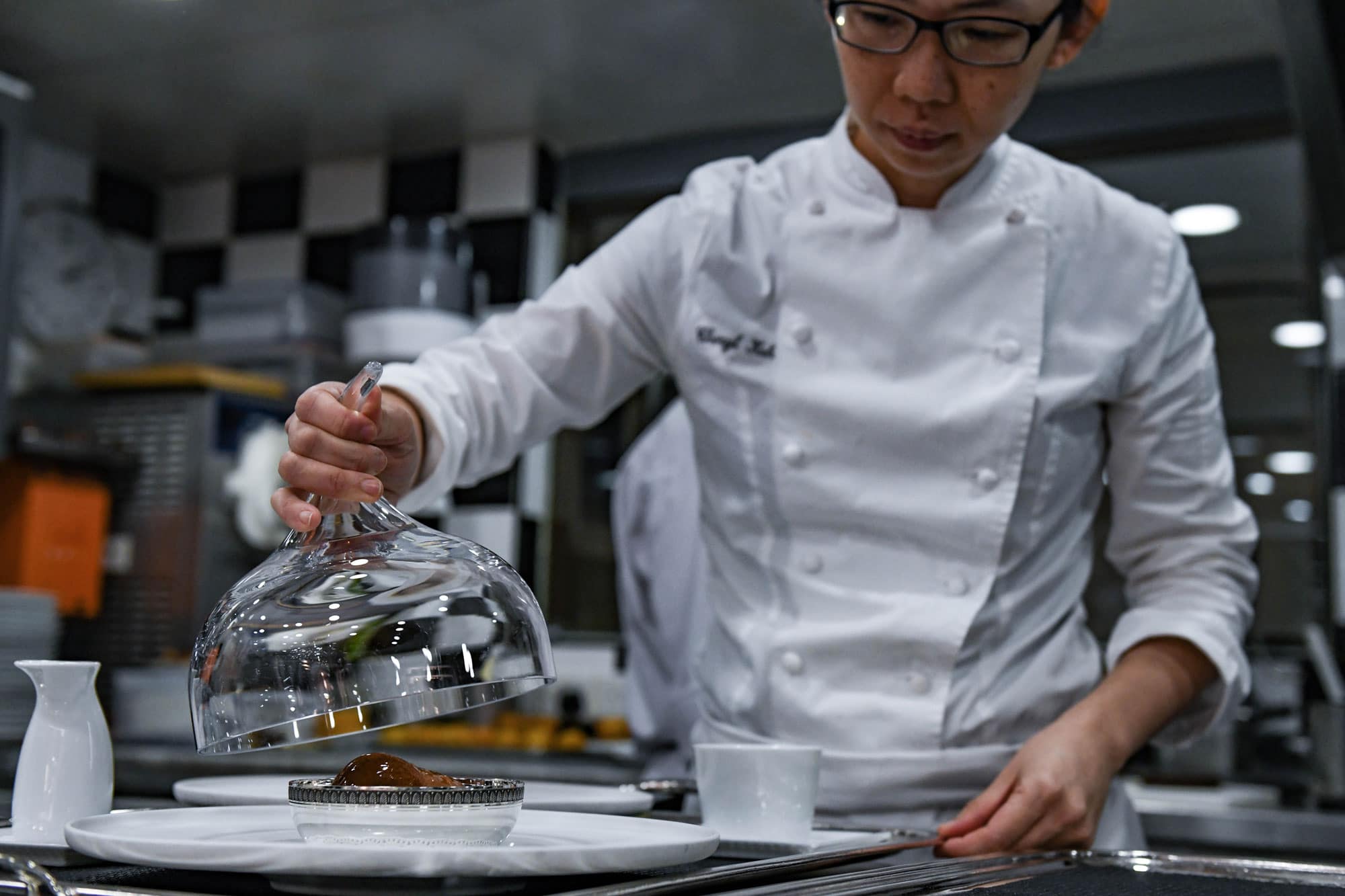 « My ambition is to push back boundaries by making the best version of what already exists. »

But you are certainly a role model for many?

I don’t know if I’m a role model, but I do train young staff by setting an example for them. At Les Amis, we are fortunate enough to choose and select our suppliers. The vast majority of our ingredients are carefully selected and imported from France. A wide selection of breads is made fresh twice daily, the desserts are hand-made daily. I explain to my team that this is the only way for me to work with a clear conscience. Some may not appreciate what we do, but we always do it with the utmost care. My goal was never to revolutionise pastry cooking or make gimmicky creations. My ambition is to push back boundaries by making the best version of what already exists. The joy and pleasure that people get from eating a pastry or a loaf of bread is where my focus truly lies.

Do you feel that you have reached your goal?

It’s true, I had a goal and today I’m doing exactly what I wanted to do: Working at the very top of world gastronomy. But you never really reach your goal because there are always new ones popping up: Earning three Michelin stars, climb up the 50 Best rankings, etc. This is what pushes you to always grow and improve. It is something you experience at every stage as a team. It’s a continuous process.