The organization Les Grandes Tables Du Monde presents for the first time the results of a survey conducted among its members, supported by long-lasting partner S.Pellegrino.

Founded in 1954, Les Grandes Tables du Monde is determined to remain in sync with the evolution of our society. Aware of ongoing developments, it wishes to commit to improving women’s place in gastronomy and promote, in the short term, gender equality within member restaurants of the organization, and more broadly in the whole sector.

To initiate the debate and promote discussions, the organization presented during its 64th Congress a first global study[1] aimed at identifying the challenges and necessary objectives for a more inclusive gastronomy sector. While the study reveals a positive change in attitude, it also highlights problems, which still need to be resolved, and highlights possible measures intended to accelerate the enhancement of women’s role in this field.

In occasion of the debut of such an important topic during its 64th Congress, Les Grandes Tables du Monde is sustained by S.Pellegrino, a long-lasting partner, committed to support the gastronomy community and the greatest chefs in the world, in order for them to express their thoughts and visions and lead a meaningful evolution of this field. Together with Les Grandes Tables du Monde, indeed S.Pellegrino acknowledges that inclusion – of which gender equality is a fundamental part – needs to be and remain high in the agenda of such events, where luminary chefs gather and have the opportunity to discuss and aim for a positive change.

“The role of women makes sense, but the sector’s reaction doesn’t necessarily”, says Nicolas Chatenier, Managing Director of Les Grandes Tables du Monde. While the respondents acknowledge and are very happy to see a growing number of women join the sector (20% of surveyed restaurants in fact indicate they wish to hire more women in the coming years), the data gathered by the study shows this trend needs to intensify in the kitchen. Women are still too often “confined” to waiting and floor positions; on average, there are 8 women for 12 men on the floor, and only 3 women for 14 men in the kitchen.

Even more explicit: women are less likely to reach high-responsibility positions such as headwaiter, chef de partie or second-in-command.

And like in many other sectors, the issue of pay equality remains taboo. Only 41% of the establishments surveyed replied to this question, and the collected answers point towards a salary gap of 9.5% in favor of men.

Finally, prejudices regarding maternity and family life remain one of the main obstacles to women’s progression in the sector. 60% of employers even point to this subject as the main constraint in terms of career growth for their female employees. High work intensity and long hours are often considered incompatible with labor flexibility in this field. While notable progress has been made (74% of employers have implemented flexibility measures (time-sharing, parental leave…), one of the interviewees said the following: “We work 13 to 14 hours a day. This means no time for children, no emotional connections, only work, work, work; so at some point, you are faced with difficult decisions”.

As for the women surveyed, the conclusion was clear and uniformly shared: women who work in this environment must be prepared to toughen up if they want to build a career. As a woman explained: “If you’re able to hold your position and assert yourself, you won’t have any trouble in this profession, but you need to have a strong shell”. There is a delicate balance between remaining oneself and adopting attributes perceived as male in order to be respected. 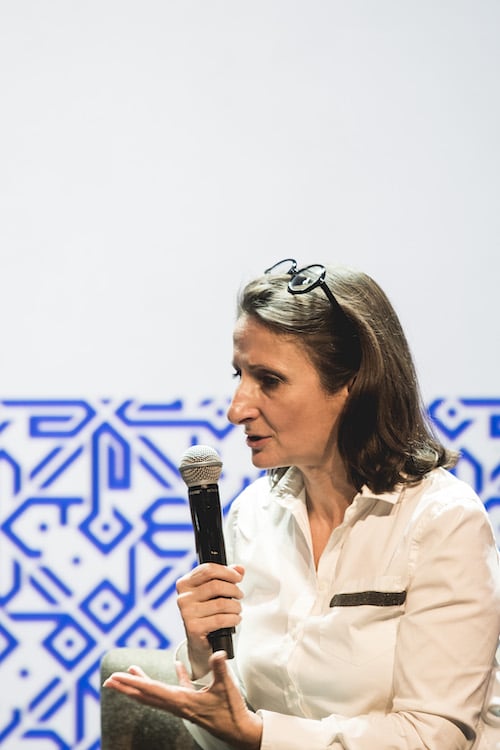 Encourage and speed up the presence of women in these professions

According to Nicolas Chatenier, Managing Director of the organization: “The question of women in gastronomy is an absolutely key subject, which carries a positive message about the evolution in our field. The goal here isn’t to oppose men and women, something our respondents are careful enough not to do, but to allow women to grow in their rightful place and strengthen their power of action”. That’s why Les Grandes Tables Du Monde has decided to commit around 3 pillars for improvement.

Overcoming prejudices and moving towards a more open mindset must absolutely involve all stakeholders. The roles played by chefs, restaurateurs, managers and the organization itself are essential: changes will be achieved by raising awareness, discussing and reflecting on a new strategy of inclusion.

To achieve and promote equal treatment, working conditions, pay and career opportunities for women in this field, the whole sector must come together. To do so, Les Grandes Tables du Monde already suggests 3 actions:

The study’s interviewees all underlined the importance of “positive role models”: Anne-Sophie Pic, Hélène Darroze, Christelle Brua, Estelle Touzet… All inspiring women who have led the way for several generations. Highlighting their remarkable careers is therefore necessary to spark new vocations, but above all to remind that women have every right, just like men, to work in these positions. Food critics, the media, but also organizations, awards and cooking competitions have to commit to grant balanced opportunities to both genders.

That’s why the organization commits to communicating about these talented women in all its coming announcements, but above all to involving them in all the actions and events Les Grandes Tables Du Monde takes part in.

The goal here is to adapt working hours by adding more flexibility. Working in split shifts, which is still in effect in most establishments, is considered a genuine obstacle to family life, both for men and women. The organization, along with its members, wishes to imagine alternative work organizations: shift work, parental leave, etc. to create a caring working environment for all its stakeholders.

In support of these initiatives, the organization Les Grandes Tables du Monde invited influential women, chefs, directors and journalists to its annual congress, as well as men expert in their field. Reflecting together and involving the entire profession is how new forms of action will arise to realize these commitments. Step assessments must be planned to monitor the progress of these policies.