On Monday, November 22nd 2021, the association Les Grandes Tables Du Monde unveiled the list of 2021 winners for its excellence awards. This year, 4 winners received prizes during the ceremony held in the auditorium of the Musée du Quai Branly-Jacques Chirac.

For its annual General Assembly, the association decided to meet with optimism and passion in Paris to celebrate its reunion after almost two years of pandemic.

Sustainable development, respectful management, media influence, inclusion, training, transmission, etc. were some of the many topics discussed between peers to reiterate how much hospitality and excellence remain at the core of the association’s and its members’ mission, and highlight their forward-looking, audacious and modern spirit!

As illustrated by these 4 talented winners [1] :

These prizes, some of which have now been given for six years, support the demanding vision of fine dining promoted by the association. For David Sinapian, President of Les Grandes Tables du Monde, “if fine dining is, and always will be, a matter of heritage and tradition, modern high-end gastronomy has no intention of resting on its laurels.”

The four recipients of the 2021 awards are living proofs of this intent. As career women and men, they embody the unfailing bond between tradition and innovation in the fine dining experience. In addition to the handiwork and know-how they promote, they share a boundless curiosity and the constant quest for accuracy, relevance and modernity.

She thought she wanted to work in fashion and left her native California to try her luck in New York. For two years, she worked for a fashion magazine as an intern stylist, combined with another job in a coffee shop. But one day it dawned on her that hospitality was her true calling. Moving back to California, working her way up from coffee shops to restaurants, she ended up joining the team at Manresa, one of the most iconic establishments on the West Coast, and was appointed dining room manager in 2015.

“Since 1830 and through 7 generations, Mauviel has anchored its history and development in the very foundations of French gastronomy through cooking and dining room service. For several years now, talented chefs and their teams have put the spotlight back onto dining room service. The Mauviel 1830 Prize for Best Dining Room Manager is a great source of pride for our company, and helps us create synergies between design and transmission – the drivers of a certain form of modernity!” 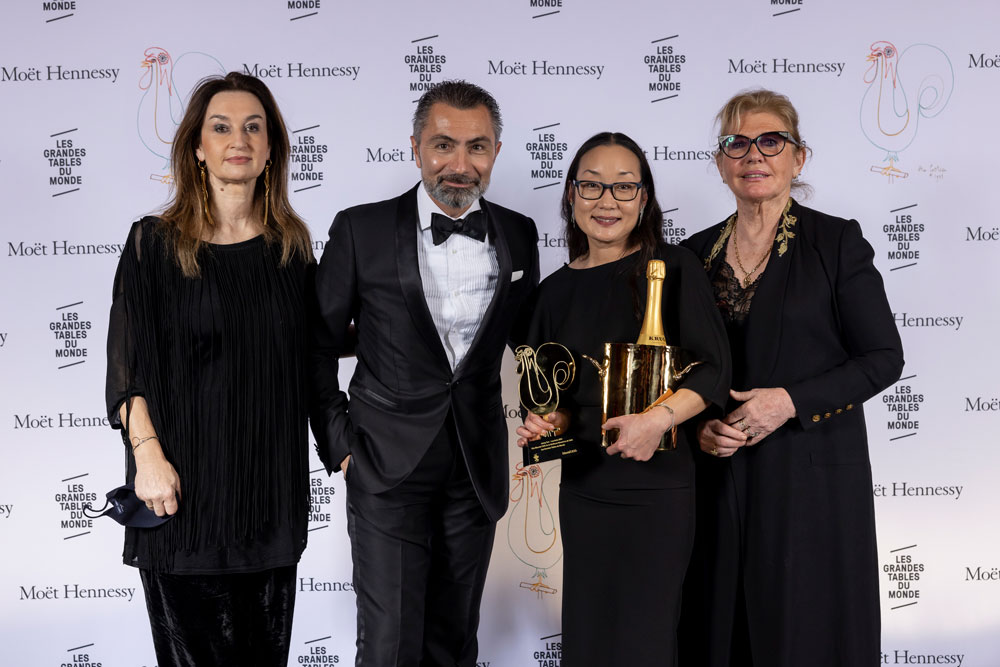 Giuseppe Amato developed a passion for pastry-making from an early age. A passion that would become a profession and led him to leave his native Sicily. He first moved to Rome, then London, and finally came back to Rome in 2004 for what was supposed to be a six-month internship at Heinz Beck’s restaurant La Pergola. 17 years later, he’s still part of the team, contributing with his desserts to the three-Michelin-star restaurant’s stellar reputation. Never idle and always looking to improve his craft, Giuseppe Amato is a teacher, co-wrote a book and is one of the administrators of the prestigious AMPI, the Italian Master Pastry Chefs Academy.

Sergio Calderon is both an Argentinian and an Aveyronnais at heart. Joining Maison Bras in 1990, this self-taught man has since become one of its major figures, not only as restaurant manager, but also as sommelier, a role for which the family business has given him carte blanche. His approach to wine is very open, without preconceived ideas or prejudices. He visits the vineyards in search of good bottles, of course, but also to meet the men and women who cultivate the vines and make the wine. These are the kinds of experiences he enjoys passing on to clients.

“Conviviality and generosity… This sense of sharing is absolutely essential when tasting wine. The careful pairing of food and wine is at the heart of M. CHAPOUTIER’s philosophy. We have the immense pleasure of awarding the 2021 M. CHAPOUTIER Prize for Best Sommelier Les Grandes Tables du Monde to Sergio Calderon, a self-taught Argentinean sommelier and restaurant manager, who everyday shares his passion for exceptional food and wine pairings with his guests.” Mathilde Chapoutier, Commercial Director at M.CHAPOUTIER 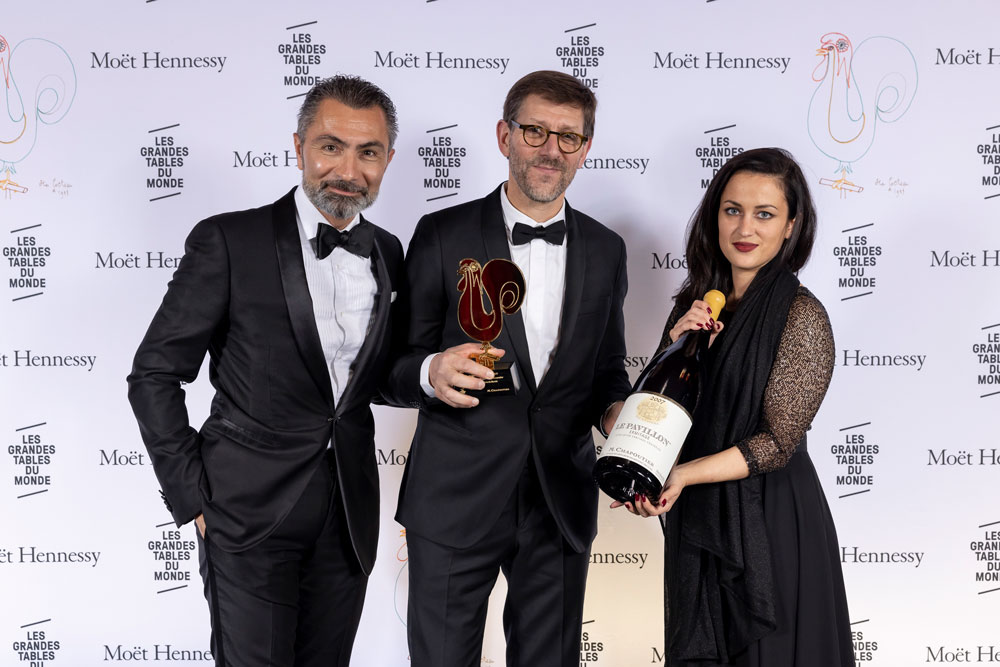 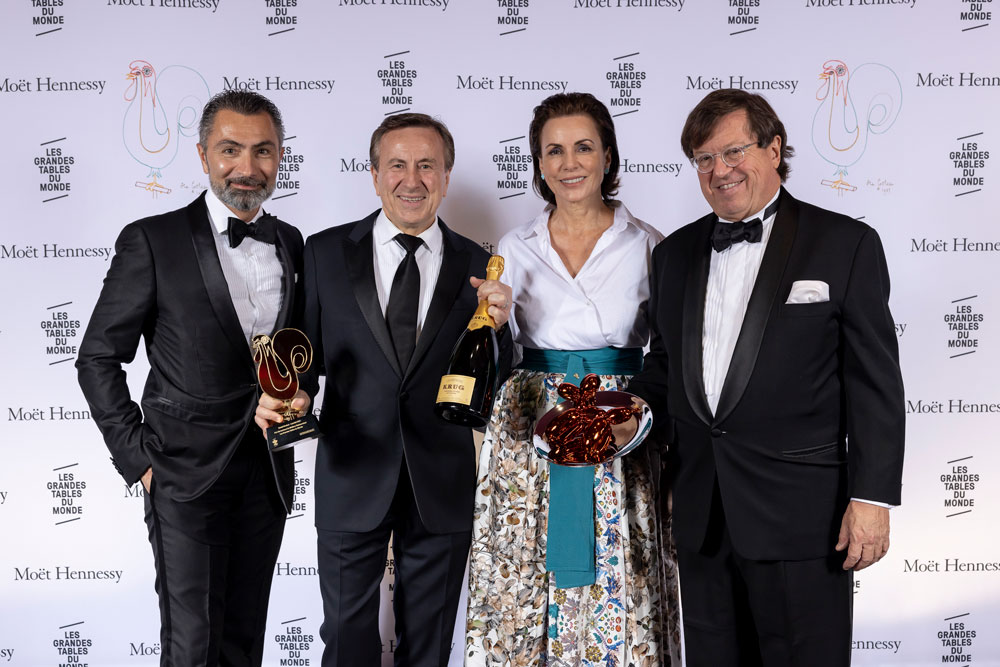 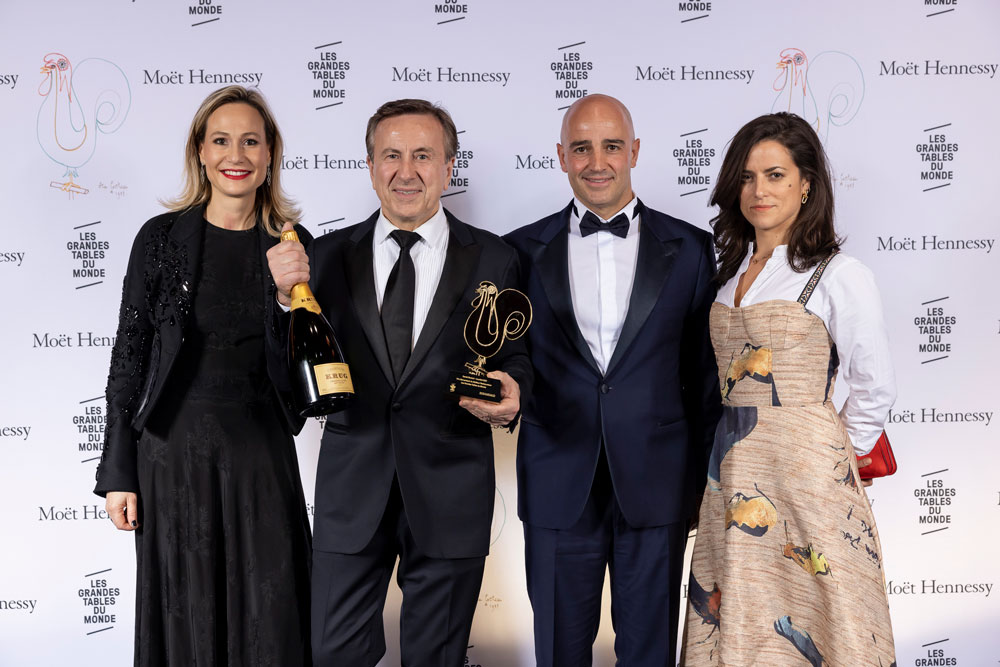 One can’t even begin to list all of his prizes, awards, books and other honours. There are simply too many. For Daniel Boulud, who arrived in New York in 1982, is in fact the sole embodiment of French gastronomy – and even gastronomy itself – for many North Americans.

Over the years, the chef has become a wise and meticulous businessman, developing new concepts and setting up hotels beyond American borders, in Canada, Singapore and Dubai. He has opened many establishments, closed others, always overcoming obstacles and getting back on his feet with ever-greater insight into his trade and commitment towards his teams.